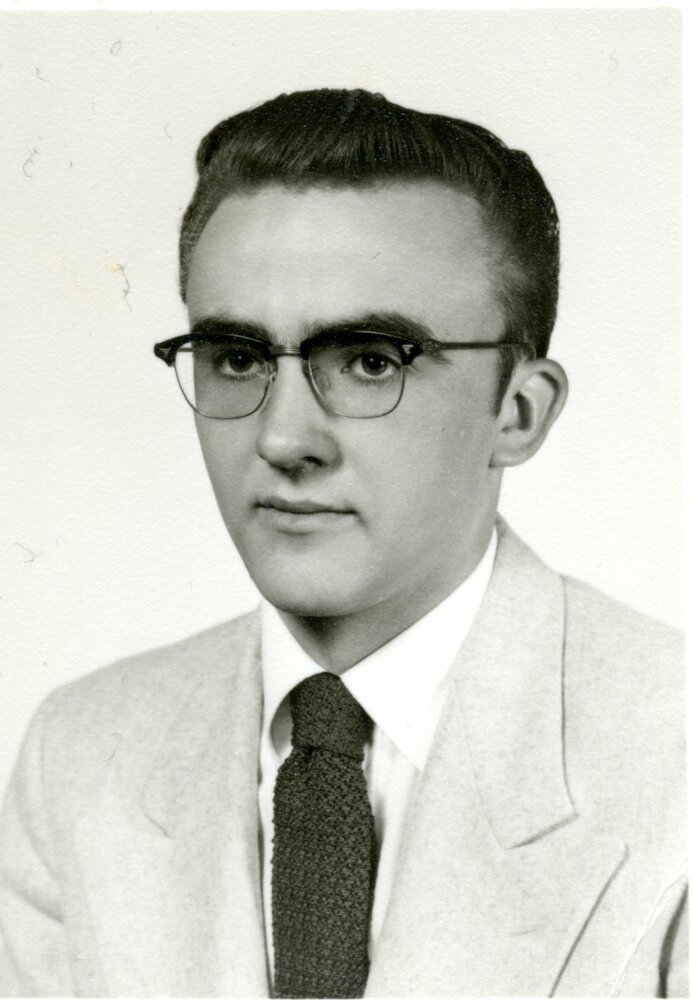 Please share a memory of Byron to include in a keepsake book for family and friends.
View Tribute Book

Armour - Byron Royce Hawley, 85, died at his home in Armour on Thursday, November 10, 2022. Visitation will be Saturday, November 12, 2022 from 2 - 4 PM at Koehn Bros. Funeral Home in Armour with a graveside service immediately following in Pleasant Ridge Cemetery in Armour.

Byron Royce Hawley was born October 7, 1937 to Victor and Allie (Guether) Hawley on his grandfather's, Chris Guether's homestead, which the family still owns northwest of Delmont. The first years of his life were spent growing up on the farm with his family. His education started at the Brenner one room country school. After one year the family moved into Armour where he graduated from Armour High School in 1956. While in high school he was a life guard at the Armour swimming pool, participated in football, basketball, track, band, declam and student government. In his junior year of high school he joined the South Dakota National Guard. He attended the University of South Dakota for two years.

He then went to help his sister, Maxine on her ranch. After being a cowboy for a while, he went to Colorado Springs with his cousin where he worked at Sears. He later moved to Oregon to his Uncle Wilbur's and worked at a plywood mill. He made his way back to Colorado Springs with just $10.00 in his pocket and enlisted into the service. He served
in the U.S. Army Signal Corp for 3 years and 3 months. He was stationed in Berlin, Germany when the wall went up. Upon returning to the states, Byron worked in the audio industry.

He met and married his first wife in Germany and raised 3 children in New Jersey. When the audio industry slowed down he bought a donut shop in Wharton, NJ called Donut Towne and ran it for 23 years. Byron had 2 good marriages and 1 amicable divorce. He met the love of his life, Sally at the donut shop. He and Sally were happily married for 23 out of the 38 years there were together. Byron and Sally moved back to his childhood home in Armour and opened the Hoi Polloi Restaurant, which they ran for 10 years. Byron passed away peacefully at home surrounded by his loving family on Wednesday, November 10, 2022 at the age of 85.

He was preceded in death by his parents, Victor and Allie Hawley, brother, Burton, and sisters, Norma and Velma.

Share Your Memory of
Byron
Upload Your Memory View All Memories
Be the first to upload a memory!
Share A Memory
Send Flowers
Plant a Tree