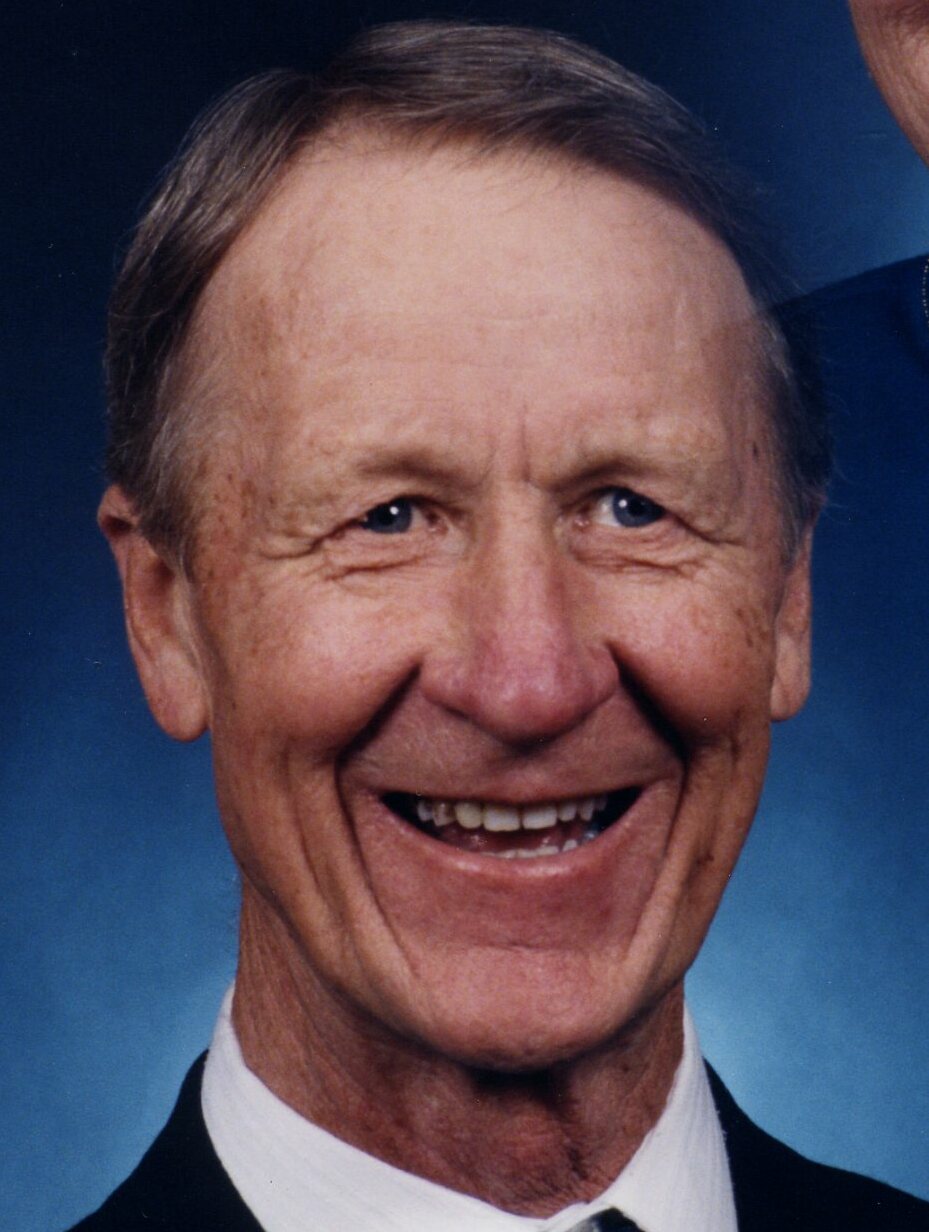 Please share a memory of Wayne to include in a keepsake book for family and friends.
View Tribute Book

Yankton – Wayne F. Brooks, 92, went to his heavenly home Tuesday, November 15 at Walnut Village Assisted Living in Yankton.  Funeral mass will be Saturday, November 19 at 10:30 am, with visitation beginning at 9:30 am, at St. Mark’s Catholic Church in Lake Andess.  Arrangements by Koehn Bros. Funeral Home in Lake Andes.

Wayne was born October 12, 1930 to Friece and Clara (Novak) Brooks on the farm northeast of Lake Andes. He was the second born of three boys, and attended schools in Charles Mix County, graduating from Lake Andes High School. After graduation, he attended Yankton College for one year before coming back to settle in Lake Andes and be involved with family, sports and work.  He was united in marriage to Helen Madonna O’Connor on June 18, 1951. The couple was blessed with four children, and the family resided in Lake Andes where Wayne worked in the grocery business, the auto supply store, and was a favorite Wonder Bread route driver for 30 years. He later was employed at the golf course in Pickstown, as a rep for Royal Neighbors, and driving the school bus. No matter what the job was, it was done with a special smile and twinkle in his eye. He especially enjoyed the kids on the bus route and treasured all the friends he made on the bread route. Wayne loved to visit, and made each and every person feel that they were so important to him.  Wayne was active in the community, serving on city council and school board, and being an active member of St. Mark’s Catholic Church, the Knights of Columbus, and the Lakers. Sports were a major interest all throughout Wayne’s life, and he thrived on the competition. He played baseball with unmatched passion, whether it be action in the outfield, or taking his turn on the pitching mound. Walking in his footsteps, his kids were also athletes, and he was fiercely proud of them. No matter which sport or where the game was played, Wayne and Helen were there to cheer for the Eagles. They traveled countless miles for games and absolutely loved every minute of it.  Wayne was proud of his family and of his hometown, enjoying any opportunity to spend time with friends and family. No doubt, his smile and friendly wave will always be his trademark.  In 2019, Wayne moved to Walnut Village Assisted Living in Yankton where he really felt a sense of belonging and enjoyed the company of many new friends. .

He was preceded in death by his parents; his beloved wife, Helen; brothers Thorald (Bud) and Robert (Bob).

The service will be livestreamed at www.stpaulstmark.com

Share Your Memory of
Wayne
Upload Your Memory View All Memories
Be the first to upload a memory!
Share A Memory
Send Flowers
Plant a Tree