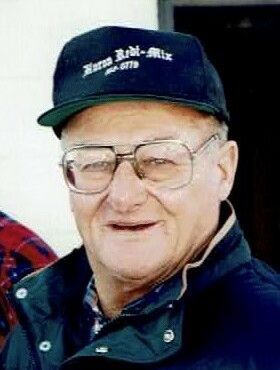 Please share a memory of Jaroslav to include in a keepsake book for family and friends.
View Tribute Book

Jaroslav Duane “Sonny” Pavlis was born on July 12, 1930 to Jaroslav George “Jerry” and Rose Belle (Fijala) Pavlis in Geddes, SD. He joined his siblings Harold and Beatrice on the farm that his grandfather homesteaded southwest of Geddes. Sonny grew up in a log cabin without electricity and used an outhouse until he left home after graduating from high school. He loved riding horses and could run like the wind – even faster than his big brother.

Sonny attended Jackson #9 Country School through the 8th grade. He graduated in 1949 from Geddes High School where he played on the football team. They were thankful for his speed. He was drafted into the Army and served in the Korean War from Dec. 6, 1951 to Nov. 20, 1953. After his honorable discharge, Sonny returned to Jackson Township to farm with his father.

After his mother Rose died in 1964, his father, Jerry became a Texas snowbird and married Mildred Ellison from McAllen, TX, who fit right in as “Grandma.”

Sonny spent many happy years with the mother of his children, Rita Gray. They were blessed with Robert “Rob” in 1968 and Tiffany in 1977. The whole family enjoyed the farm, as well as many other children that Sonny raised as his own.

After leaving the farm Sonny hauled hogs to California for Houseman Trucking. Then he drove truck for many years throughout South Dakota for Carlson Construction Company. After retirement, Sonny lived in Lake Andes and spent many hours visiting with friends at Pumper Nik’s.

Share Your Memory of
Jaroslav
Upload Your Memory View All Memories
Be the first to upload a memory!
Share A Memory
Send Flowers
Plant a Tree