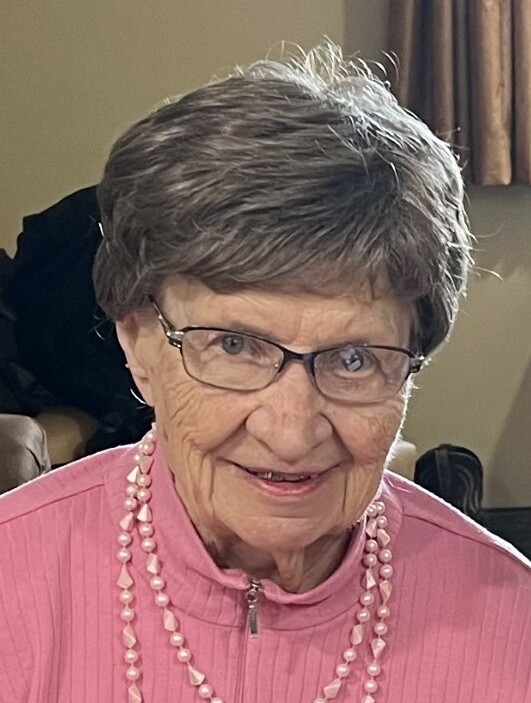 Please share a memory of Adele to include in a keepsake book for family and friends.
View Tribute Book

Parkston – Adele Catherine Boddicker, 98, went to her heavenly home Monday, November 28 at Avera Bormann Manor in Parkston.  Funeral mass will be Friday, December 2 at 10:30 am, with visitation beginning at 9:30 am, at Sacred Heart Catholic Church in Parkston.  Arrangements by Koehn Bros. Funeral Home in Parkston.

Adele Catherine Bowar was born December 14, 1923 to Arthur and Bertha (Weber) Bowar on the family farm near Dimock, SD.  She attended Ss. Peter and Paul Parochial school in Dimock.  As a young girl, she helped several local families doing house work.  She was united in marriage to Clarence Horstman on July 12, 1944 in Dimock.  They lived and farmed near Parkston, SD where they raised their 2 children, Daniel and Patricia.  Clarence died January 1, 1969.  Adele continued to live on the farm.  On June 2, 1971, she married Vernon Boddicker.  They lived in Parkston where Adele worked for 15 years in the Dietary Department of the hospital.  After retiring, she volunteered at the nursing home, helped with church lunches and made baptismal gowns for new babies.  She was a member of Sacred Heart Catholic Church and was an active member of the Altar Society.  She enjoyed traveling and particularly enjoyed trips to Hawaii, a Caribbean Cruise and several bus trips.  She also enjoyed baking, dancing, card parties, sewing and gardening.

Share Your Memory of
Adele
Upload Your Memory View All Memories
Be the first to upload a memory!
Share A Memory
Send Flowers
Plant a Tree