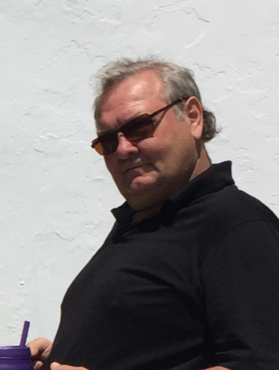 Please share a memory of Douglas to include in a keepsake book for family and friends.
View Tribute Book

Lake Andes – Douglas Dale Laib, 65, went to his heavenly home Monday, December 12 at Sanford Hospital in Sioux Falls.  There will be a private, family committal service will take place in the spring.

Douglas Dale Laib was born February 13, 1957 to Roland and Rosemary (Faller) Laib in Parkston, SD.  He attended country school through the 7th grade and then attended Armour Public School.  He was united in marriage to Darla Leonard on July 18, 1981 at St. Paul the Apostle Catholic Church in Armour.  As a young man, Doug began working at Nolz Chevrolet in Armour and then began working for Sheesley Plumbing and Heating in Mitchell doing mechanic work and managing crews.  In the summer of 1983, he opened his own mechanic shop in Armour where he worked until having a stroke in 2019.  Doug was a member of the Armour Jaycees and Lion Club and was a volunteer fireman for the Armour Fire Dept.  He loved spending time with his friends and family and enjoyed hunting and fishing.  Doug had a need for speed whether in a racecar, corvette or speedboat.

He was preceded in death by his father, Roland and numerous friends that Doug considered family.

Share Your Memory of
Douglas
Upload Your Memory View All Memories
Be the first to upload a memory!
Share A Memory
Send Flowers
Plant a Tree