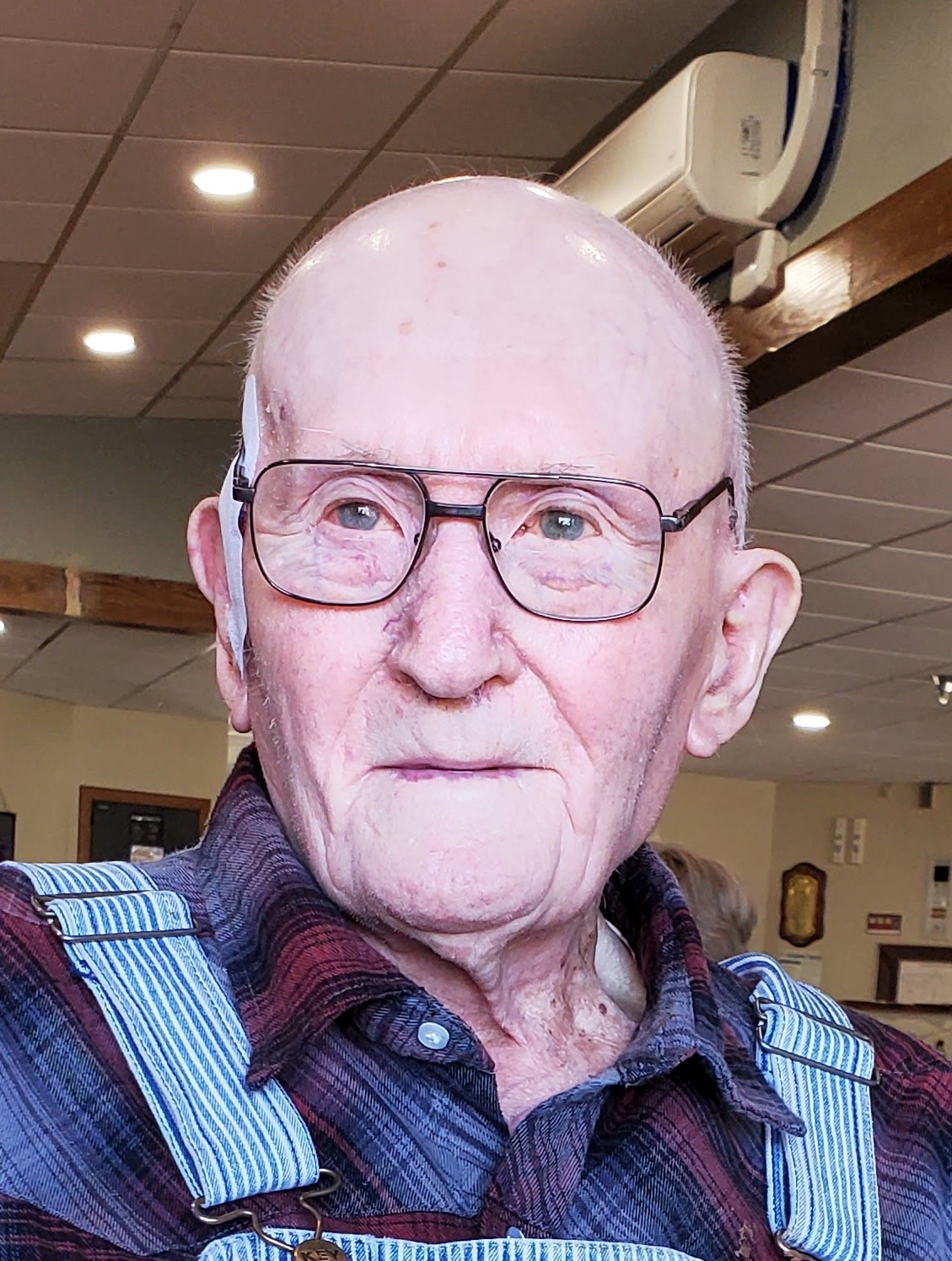 Please share a memory of Joseph to include in a keepsake book for family and friends.
View Tribute Book

Joseph L. Novak was born on the Novak farm, north of Ravinia on March 19, 1919, to Sophia Pesicka (Novak) and Joseph Novak Sr. He was the only sibling. He grew up and worked on the family farm and attended the Ravinia school for 11 1/2 years.

When Joseph was 4 years old, he loved going fishing with his grandpa, Louis Novak at Lake Andes, which was near their farm. Joseph would fish for bass, croppies, and bullheads all day long. Joseph told stories of the dirty 30’s when the Lake Andes dried up and the weeds were taller than the tractor. He would drive the tractor through the weeds, and they would shoot pheasants in the air, high above the weeds. He had a good hunting dog to retrieve the pheasants.

In the 1930’s, Joseph started playing trumpet in his dad’s “Novak Bohemian Band” along with his future wife Mollie Chytka who played piano in the band. They continued to play in the Novak band for more than 30 years. Joseph was active in the community and held an office in several organizations.

Joseph was drafted into the Army and then married Mollie Chytka in August of 1942 in Abilene, TX prior to Joseph going overseas. Joseph fought in Paton’s Army and served our country during WWII from 1942-1945. He was the Bugler who woke the troops each morning. His meritorious service rank of SGT for the 357th infantry, serving military operations against the enemy of France, Germany, Luxemburg, and Belgium.

Joseph L. Novak was honorably discharged from the Army and was awarded a bronze star in 1945. He and Mollie moved back home to the Novak family farm near Ravinia. They farmed together and raised Herford cattle for several years. They sold the Novak farm to the US Fish and Wildlife Service in 1961 and moved to their farm north of Lake Andes where they lived in retirement. His wife Mollie passed away in 2006.

Joseph was preceded in death by his parents and his wife Mollie. He was survived by many friends and several cousins.

A Military memorial burial service will be held at the Lake Andes Catholic cemetery at a later date.

Share Your Memory of
Joseph
Upload Your Memory View All Memories
Be the first to upload a memory!
Share A Memory
Send Flowers
Plant a Tree