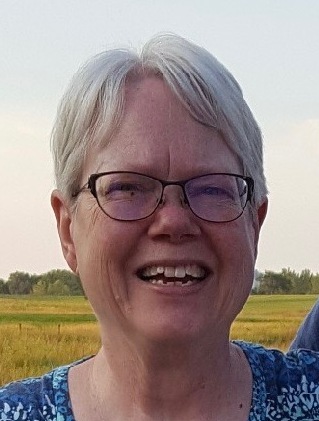 Margaret E. King, 73, of Armour, passed away on January 6th, 2023.  Funeral services will be held at 1:00 Saturday January 14th at the Armour Community Church in Armour, SD.

Margaret E. (Scott) King was born June 24, 1949 to Charles and Edna Scott in Kodaikanal, South India, while her parents were serving as Baptist Missionaries. She was the 3rd of four children, Eleanor, Deanne and Brian. She spent most of her younger life there and attended the local elementary school. Then the family moved back to the US in 1959 to reside in Kansas City, KS, where she went to middle school. Next, they moved to Omaha, Nebraska where she graduated from South Omaha High School in 1968. She studied Biology at the University of Sioux Falls for two years and then went on to attend Black Hills State University, where she met Roy, and graduated in 1973 with a Bachelor of Science in Education. Margaret and Roy married June 3rd, 1973. Shortly after, daughter Kerensa (Keri) was born and then in 1976 twins Kristopher (Kris) and Kristina (Tina) were born. They resided in Lake Andes while she was teaching at Marty Indian School for three years, and then in 1980 she began teaching at the Armour Elementary school where she taught 5th, 6th, 7th and 8th grade science. After driving back and forth to work for 5 years, the family moved to Armour in the summer of 1985, where she continued teaching, until 2015 when she retired after 35 years.

Over the years of living in Armour, she enjoyed taking students to the State Science Fair in Mitchell, reading books, singing in the church choir and playing the bells, acting in the local plays with the Armour Star Hams over the summers, visiting her grandchildren and watching her birds visit the bird feeders in her backyard. You could also find her outside pulling weeds, watering her flowers and sending pictures to her kids of what new flower was popping up in the spring after the winters had finally subsided.

Margaret was preceded in death by her parents and her sister Deanne Gilbert.