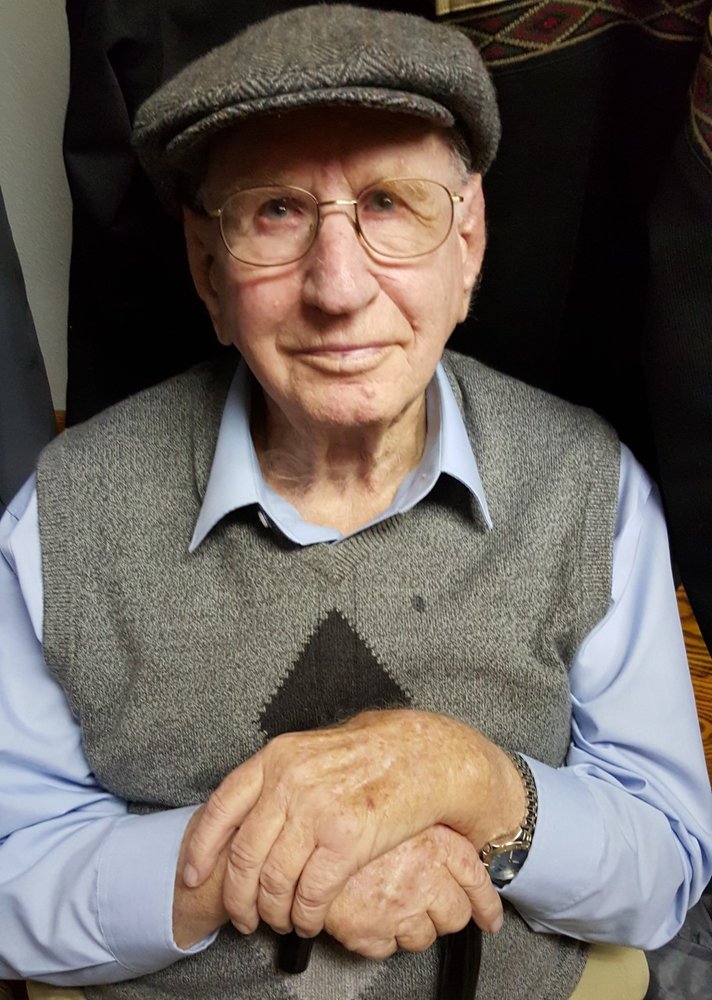 Alvin Erich Heber, 93, passed away in Sioux Falls, SD on Monday, June 8, 2020 surrounded by his children.

He was born on July 22, 1926 in Earl Grey, Saskatchewan, Canada to Rev. Julius Heber and Hannah (Nee Schneider) Heber.

In high school, Alvin competed in track (sprints, hurdles, and pole vault), ice hockey, and football, and was an avid trumpet player and singer as well. He graduated from high school in Garrison, ND in 1944, and moved to Armour, S. Dak. with his parents as Rev. Julius Heber started his pastorate at St. Peters Lutheran Church. Alvin had been a member of St. Peters since 1948.

He married Leonida Louisa Drefs on June 1, 1951, and established their family farm which today holds many warm and fond memories as a gathering place for his many children, grandchildren, and extended relatives. He is well remembered for serving on school and township boards, playing trumpet solos and singing in the men’s choir, which he continued until 1991. His favorite pastimes included snooker, bowling, visiting friends at Valley Station and other places, going to restaurants and for long drives, watching news, and listening to Christian music. Since the age of 91, he enjoyed Facebook and video calls, which kept him close to extended loved ones.

Alvin is preceded in death by his wife, Leonida, his sister Ruth Voss, and brothers Walter, Arthur and Paul Heber.

Funeral service will be Saturday, June 13 at 3:00 pm, with visitation beginning at 1:00 pm, at St. Peter Lutheran Church near Armour. Arrangements by Koehn Bros. Funeral Home in Parkston.