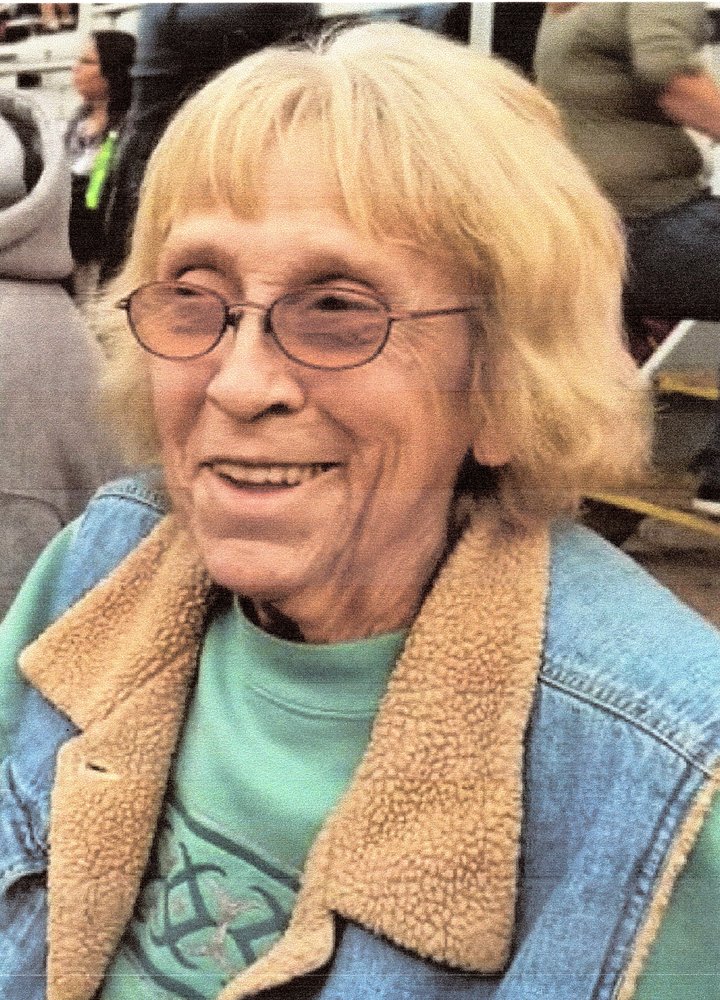 Please share a memory of Alona to include in a keepsake book for family and friends.
View Tribute Book

Alona Marie Ebright was born on August 30, 1943 at Wagner, SD to Ernest E. and Alice (Chytka) Bures. She married Verlyn G. Ebright on December 11, 1959. To this union, four children were born; Myron, Myla, LaVal and LaVern. During her lifetime, Alona's career years were of a variety of positions. She worked as a Law Enforcement Officer in Lake Andes and Wagner; janitor at Marty Mission School, representative for Blair and House of Lloyd, and manager/bartender of the Lake Andes VFW. Alona was a member of the VFW Auxiliary and Women's Bowling Association. Some of Alona's hobbies were gardening produce and flowers, bowling, darts, anything Elvis, Waylon Jennings music, listening to and collecting old style country music…but she especially enjoyed Bingo and Sudoku puzzles. Alona died at Lake Andes Healthcare Center in Lake Andes on Friday, September 25, 2020 at the age of 77.

Share Your Memory of
Alona
Upload Your Memory View All Memories
Be the first to upload a memory!
Share A Memory
Send Flowers
Plant a Tree