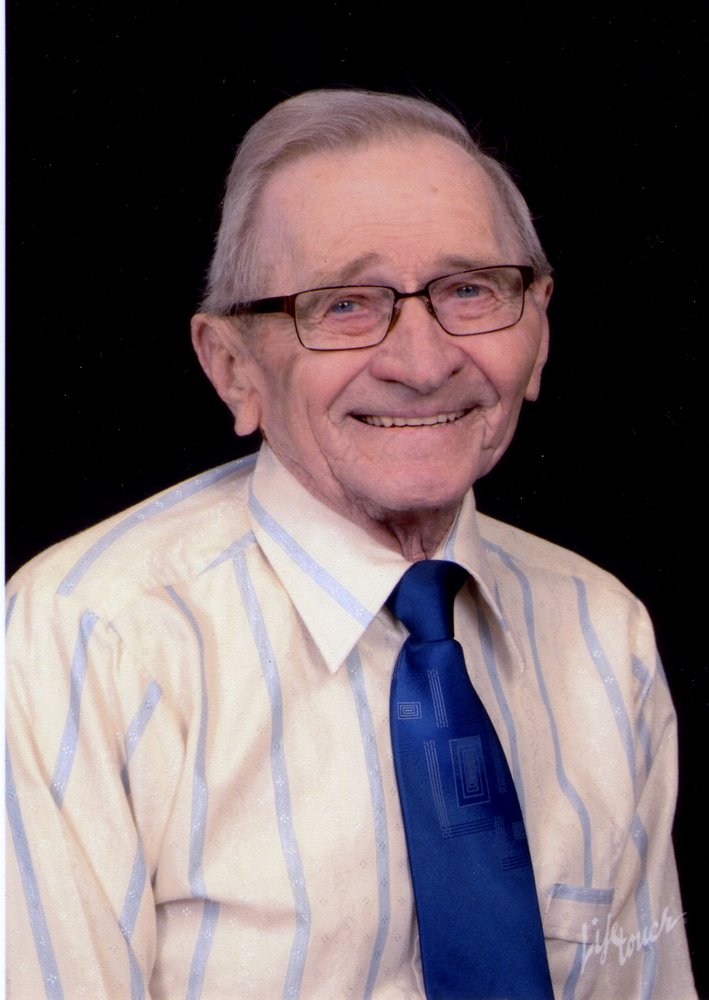 Parkston - Paul Benedict Binder, 89, died at Avera Bormann Manor in Parkston on Thursday, October 29, 2020. There will be a private family funeral service at Sacred Heart Catholic Church in Parkston at a later date.

Paul Benedict Binder was born on a farm near Dante, SD to Charles and Martha (Wagner) Binder on October 3, 1931. He was the middle child of 4 sisters and 6 brothers. After graduating from 8th grade, Paul farmed near Tripp, SD until being drafted into the U.S. Army. With no prior typing experience, the Army sent him to school for 8 weeks to be a Teletype Operator. He graduated with honors and was stationed in Korea and had the honor of being asked to teletype the Peace Talks back to the U.S. ending the Korean War. He was honorably discharged in 1954. After returning from the service, Paul started farming northeast of Tripp. He was united in marriage to Margean Schnabel on April 26, 1958. Paul farmed until retiring in 2002. While farming he worked from sunup to sundown many days. Along with the farming Paul also did custom combining, windrowing and baling. He was a lifelong member of the Knights of Columbus, American Legion and VFW. He served on the board of Cenex and township board for several years. He also ran the road maintainer for German Township in the 1980's until he had a bout with emsephalitus in 1989. When not farming, Paul enjoyed playing baseball, getting together with friends, playing cards and polka dancing. Paul died at Avera Bormann Manor in Parkston on Thursday, October 29, 2020 at the age of 89.