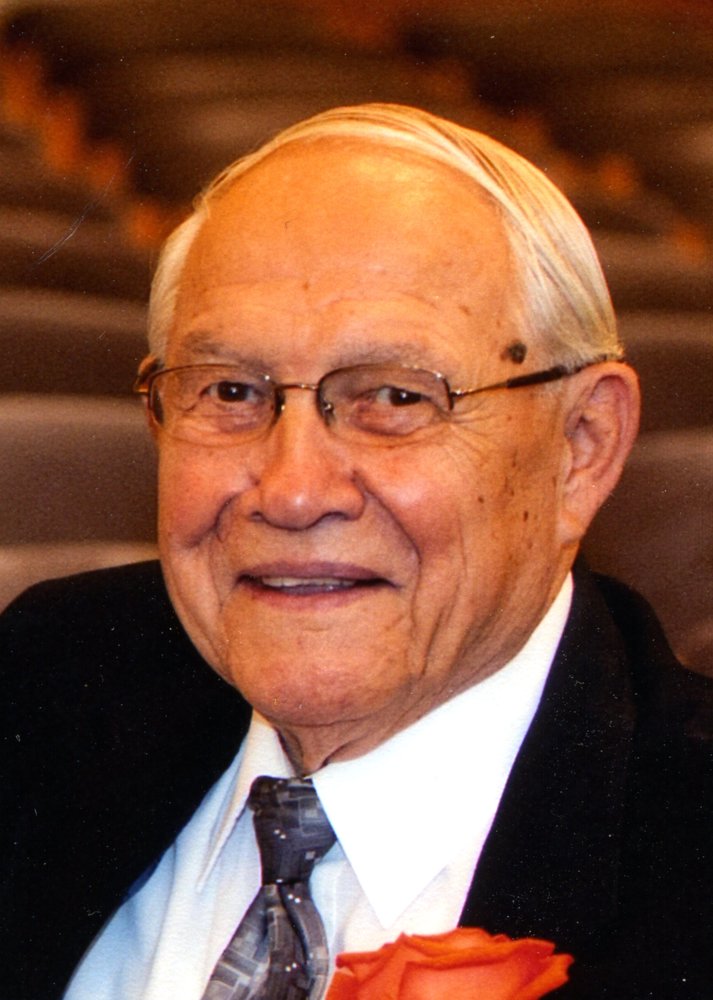 Please share a memory of John to include in a keepsake book for family and friends.
View Tribute Book

Parkston – John V. Mechtenberg, 93, went to his heavenly home Monday, February 1 at Avera St. Benedict Hospital in Parkston. Due to COVID concerns, a private, family service will be held at Sacred Heart Catholic Church in Parkston. Memorials would be preferred in lieu of flowers. Arrangments by Koehn Bros. Funeral Home in Parkston.

John was born March 23, 1927 to Frank and Marie (Nuebel) Mechtenberg in Parkston, SD. He attended Sacred Heart Catholic grade school and graduated from Parkston High School in 1945. He enlisted in the United States Coast Guard serving on the USS Sheboygan and was honorably discharged in May 1946. John married Joyce Thury on June 30, 1947 in Parkston, SD and they were united in marriage for 73 years. John and Joyce were honored as the Longest Married Couple on June 30, 2019 by the SD Marriage Encounter Program.

They moved to Joyce’s family farm in 1951. A fully automated poultry production barn was added to the family farm business in 1962. John began his USDA Meat inspector career in 1971 until retiring to Parkston in 1993.

John’s faith was very important to him. He was an active member of the Knights of Columbus, serving the local council for over 70 years. John was a Fourth Degree Knight. He also held the office of Grand Knight locally and at the state level as State District Deputy. John was awarded the JFK Knight of the Year of South Dakota in 1990. John and Joyce received the SD Knights of Columbus Family of the Year award in 2001.

John was a World War II Veteran and was able to participate in an Honor Flight to Washington, D.C. in 2011. He was a 50-year active member of the South Dakota American Legion Unger-Fergen Post 194 and was honored as the Legionnaire of the Year in 2000. While serving as the Post 194 Legion Athletic Officer, he petitioned for Parkston to host the SD State B Legion Baseball tournament, which was awarded to Parkston in 2003.

John was dedicated to serving his community and church at various levels including volunteering at the Broom Tree Retreat Center in Irene, SD. John received the KELOLAND Tradition of Caring Award in 2001.

John was an avid Chicago Cubs baseball fan and enjoyed watching the Cubbies, especially when they won the World Series in 2016. He also enjoyed gardening, playing cards and cribbage, and all spectator sports. John took up golfing after retiring to Parkston, enjoying many rounds of golf with his brother, Fran. John supported and enjoyed following all of his Grandchildren’s activities.

He is survived by his brother Fran (Mary Jane) Mechtenberg, Yankton, SD, his sister, Joan Sommer, Mitchell, SD, and many nieces, nephews and cousins.

Share Your Memory of
John
Upload Your Memory View All Memories
Be the first to upload a memory!
Share A Memory
Send Flowers
Plant a Tree