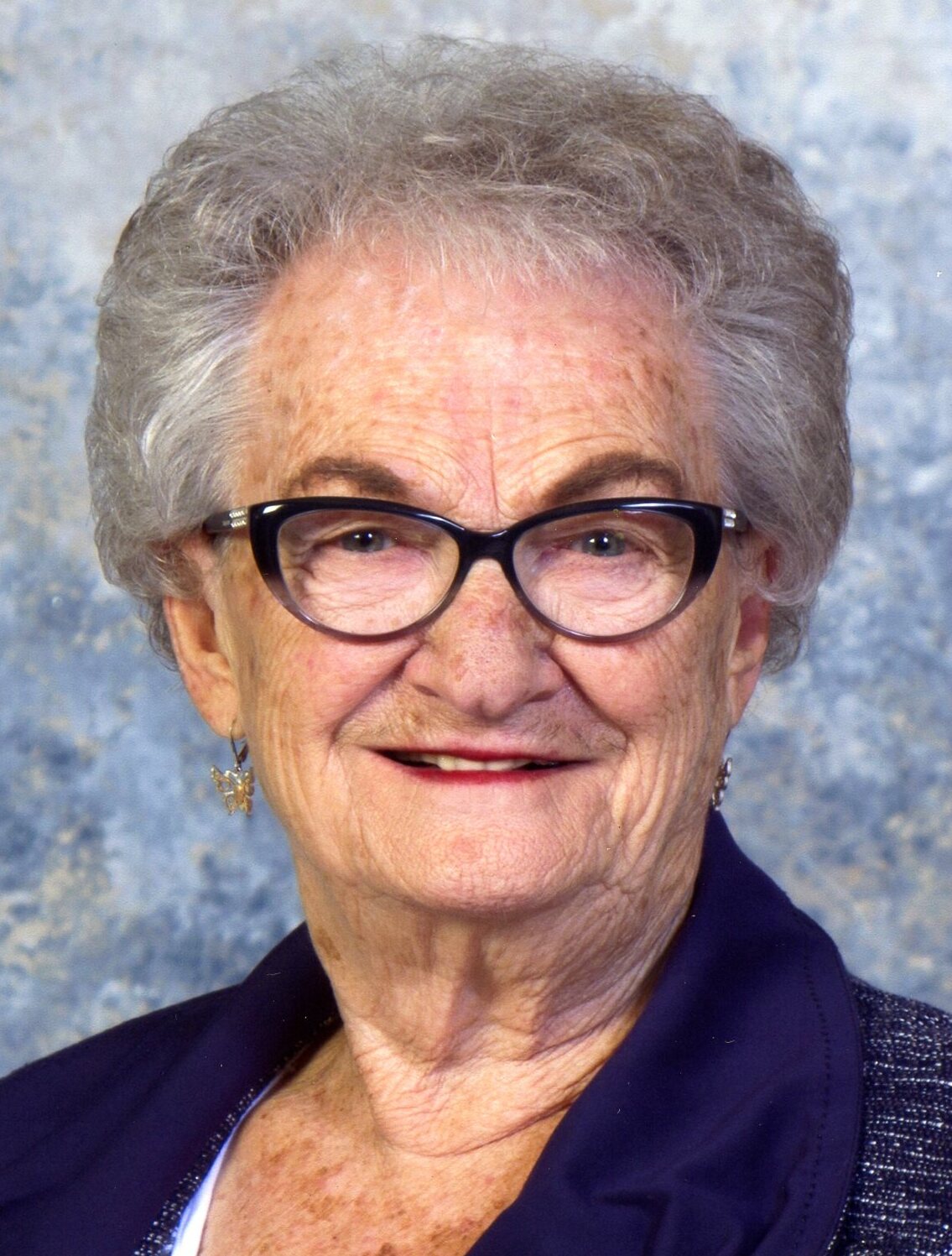 Please share a memory of Lorraine to include in a keepsake book for family and friends.
View Tribute Book

Lorraine was born September 24, 1928 to Rudolph and Erna (Weisz) Kurtz in Fredonia, ND.  She graduated from high school in 1946 and Wartburg College in Waverly, IA with a secretarial degree.  She worked for a short time in Mitchell, SD and at Ravens in Parkston, SD.  She was united in marriage to Theodore Schelske on August 29, 1948 in Delmont, SD.  Lorraine worked as a cook at school for 18 years and very much enjoyed all the children and staff.  She was a member of the American Legion Auxiliary, Community Club and Zion Lutheran Church where she sang in the choir, taught Sunday school and was a member of the LWML and Christian Society.  She was an avid Twins and Vikings fan and enjoyed watching her grandchildren and great-grandchildren participate in school sports, 4-H and other activities.  She enjoyed taking walks with her husband, Ted and son Don on the farm.  She also enjoyed bowling, golfing and playing cards and other games.

She was preceded in death by her parents; husband Ted; 2 brothers, Edwin and Wilmer Kurtz; 2 sisters, Linda Pietz and a sister in infancy; a niece, Kathy Pietz; a brother-in-law, Ivan Pietz; and a sister-in-law, Loretta Kurtz.

Share Your Memory of
Lorraine
Upload Your Memory View All Memories
Be the first to upload a memory!
Share A Memory
Send Flowers
Plant a Tree